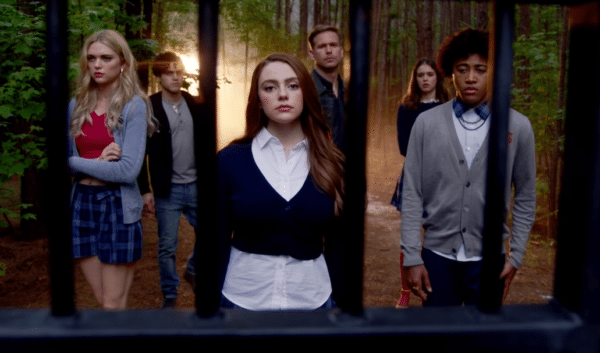 Vampire Diaries hit TV in 2009 when, thanks to the Twilight books, vampires were all we could think about. I'll admit, I started watching VD to cure my Twilight withdrawals. Stephan and Elena were perfect stand-ins that took us on an incredible eight year journey.

At the peak of VD success, CW spawned The Originals, a VD spinoff. Personally, I didn't think The Originals had quite the same spark as VD, but I watched none the less. Which brings me to my current dilemma. Dare I continue the saga with Legacies, the latest spinoff in CW vampire fandom?

I think if you are new to the saga, you're going to really enjoy it. Danielle Rose Russell is a strong lead with a bunch of fresh faces supporting her. Its premise of real teenagers, not hundred-year-old vampires that look like teenagers, coping with their newly cursed selves is sure to entertain new viewers. I predict plenty of teenage love, drama and whole lot of OOPS's!

For a seasoned pro like myself, I'm not sure I want to go back to Mystic Falls after watching the series finale of Vampire Diaries. While a few VD regulars will appear on Legacies, it isn't going to be the same.

What do you think? Will you be watching Legacies?